See what Ernest Tan expressed about his learning experience as an Event Person! 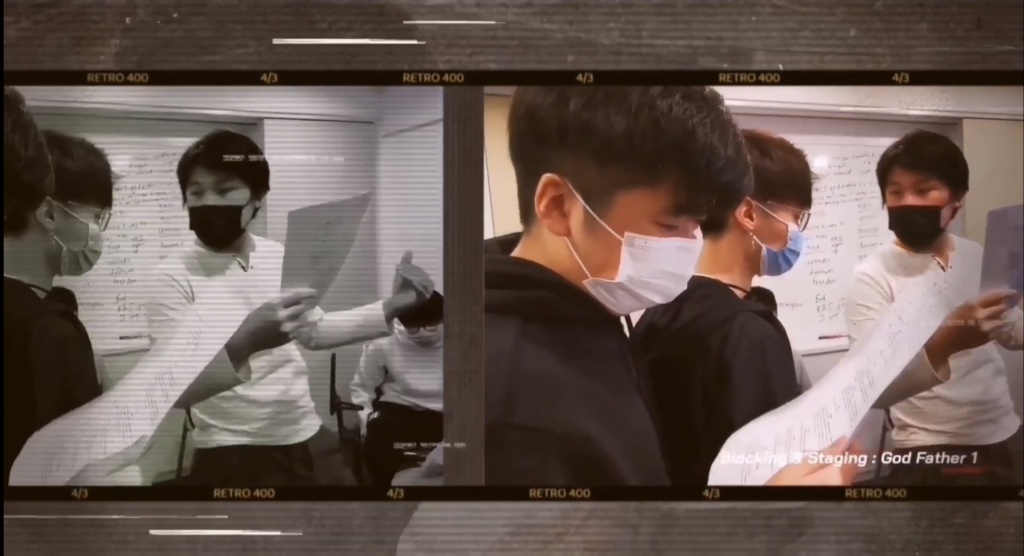 Hi, I’m Ernest Tan Pin Wee. I’m from Analogue Factory and I’m here to share about the course than I underwent on September 2021 with SGMP.

I went through a lot of modules in the duration of the course. A total of 9 modules that were completely new to me. I learnt how to coordinate location management, the different types of camera shot sizes and framing, camera operations, broadcasting and much more.

But I’d say that the one that struck out the most to me was in Module 1, Production and Direction, the topic of “Blocking and Staging”.

For someone who has never went through anything regarding production, these 2 terms Blocking & Staging may be very unfamiliar to them.

The term “Blocking” refers to deciding where to position and the movements of the camera, as well as the actors. This includes everything in the frame, such as props or vehicles.

“Staging” on the other hand refers to the placement and movement of the objects in the frame.

Contrary to popular belief, where you decide to put an actor in the frame will greatly impact how the scene turns out, and what the audience feels after viewing the scene.

Blocking and staging has a much greater meaning behind just knowing where to place things and the people in the frame. Let’s say a group of characters are having a conversation, placing our protagonist in the centre of the scene, accompanied with some fancy camera movements, is all that’s needed to show an establishment of power.

An example of which, was one of the activities that I enjoyed the most.

We went through a whole day to discuss the Blocking and Staging of a film that was considered and icon in the history of cinema, “The Godfather 1”.

We had a table read, discussed who should do which character and even re-filmed the scene on our own. It was very exciting.

My experience with events has definitely been enhanced as a result of this course. Preproduction, which is the process before we do a shoot, is much like pre-event planning. The course has taught me to more meticulous in my planning, so as to not overlook any minor details that might effect my event.

Also, since live-stream events have become the new-norm at this point of time, the camera shots, sizes and framing will also assist in giving a better, more immersive feeling for my event attendees.

The first few weeks were difficult as it was a lot of concepts to grasp at such a little time. But as we did more and more practices, the concepts being delivered were a lot easier to pick up. The course is definitively exciting and it’ll challenge you to give it your best shot. It might even prove that you might be cut out for this line and ignite a passion for production.

Being from the events industry, I wouldn’t hesitate to recommend this course. There are a lot of things that are similar between these 2 industries. A lot of things that event organisers can implement in their shows to ensure the success of the event. After going through the course, and especially looking at the pandemic that we are in right now, the course has ultimately taught me to conduct events more efficiently, especially if it’s a staged show that requires cameras.